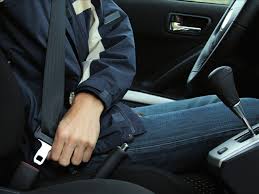 Great post from NC SOG.  Thanks to Shea Denning for the post.  As I teach a 4-hour safe driving course, I am amazed at the reasons young people give for not wearing their seat belts.  In one class, we had a student who wore his seat belt during the day but not at night.  His reasoning was that at night he did not want to get trapped in the car in case of an accident.  In every class, we have a least one student who claims to have a friend who lived because they were not wearing their seatbelt.  Maybe it is a generational thing but I cannot imagine not wearing my seat belt.

State law has mandated seat belt use by North Carolina motorists for more than thirty years. The seat belt law has, however, changed a bit over time. As a result, not everyone is clear on who is covered, what is required, and what the penalties are for violations. This post covers the particulars of North Carolina’s seat belt requirements and addresses three common areas of confusion.
1. Everyone in the car must buckle up.
G.S. 20-135.2A(a) requires that each occupant of a motor vehicle manufactured with seat belts have a seatbelt properly fastened about his or her body when the vehicle is in forward motion on a street or highway. When it was first enacted, G.S. 20-135.2A (1985) only required seat belt use by drivers and front seat passengers. Ten years ago, the General Assembly amended the law to require that everyone in the vehicle, including rear seat passengers, buckle up.
A separate statute, G.S. 20-137.1, requires that drivers with passengers who are under 16 years of age have such passengers secured in a child passenger restraint system or seat belt.
A handful of exceptions to the seat-belts-for-all-occupants requirement are listed in G.S. 20-135.2A(c).They apply to the following persons and motor vehicles:

2. A motor vehicle may not be stopped for a back-seat passenger’s failure to buckle up.
A law enforcement officer who has reasonable grounds to believe that a driver or front-seat passenger does not have a seat belt properly fastened about his or her body may stop the car to investigate.  A law enforcement officer who has reasonable grounds to believe that a rear seat occupant is not wearing a seat belt may not. That’s because G.S. 20-135.2A(d1) categorizes the failure to buckle up in the back seat as a secondary violation for which a vehicle may not be stopped. A law enforcement officer who has lawfully stopped a vehicle for another reason and learns in the process of a rear seat belt violation may, of course, cite the driver for this offense. Nearly as many charges were issued for unbuckled rear-seat passengers in 2015 (12,847) as there were for unrestrained front-seat passengers (13,808). Charges for both categories were vastly outnumbered by the 108,320 charges issued for unbuckled drivers that year.
3. You need a statute book and a calculator to figure out the penalty for front seat violations.
The monetary penalty for a seat belt violation has significantly increased since seat belt use was first mandated. Back in 1986, a violation of the seat belt law (then, as now, an infraction) was punishable by a fine of $25. No court costs were assessed. Today, the penalty for a front-seat occupant’s failure to wear a seat belt is $25.50 plus $153.50 in district court costs. That’s a total of $179.
It is much simpler to calculate the costs of a rear seat violation. The penalty is a flat $10 and no costs may be assessed.
Are statutory amendments on the horizon?
The Child Fatality Task Force, a legislative study commission, has recommended that law enforcement officers be permitted to stop vehicles for a back seat passenger’s failure to wear a seat belt and that the fine for back seat violations be increased to $25.  The task force contends that these changes are necessary to meet occupant protection criteria established by the National Highway Traffic Safety Administration and to shore up certain federal funds. The task force further contends that making rear seat belt requirements a primary enforcement violation will increase seat belt usage. The group cites research findings that a greater percentage of fatal and serious injuries occur to unrestrained rear seat occupants than to unrestrained front-seat occupants. It also states an unrestrained back seat passenger can injure a front seat passenger in a crash.