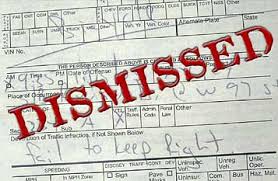 I find the article below interesting.  It is about how the Durham, NC District Attorney is dismissing old cases for people so they can get their license reinstated.  I do not have a problem with what they are doing.  In fact, I think it is a good idea.  In contrast to their dismissing cases, the NC Legislature has made it virtually impossible for a judge to waive court costs or fees.  As a result, if you get a ticket and simply do not go to court for a few years and continue to accumulate Driving While License Revoked charges, eventually the DA will just dismiss everything and you pay nothing.  On the other hand, if you go to court and want to do the right thing but simply cannot pay the court costs due to your financial situation, the judge cannot do anything to help you.  It does not seem right that the judge who can ask you about your financial situation and offer to waive court costs in return for something like volunteer work cannot waive your court costs but years later, the DA can in effect waive the court costs by dismissing your case if you never show up in the first place.  To me, this process rewards the person who doesn't even try to be responsible and penalized the one who does.

DURHAM, N.C. (WNCN) - People living in Durham County are getting their licenses back with the new Durham County Driver License Restoration Program.

Durham’s District Attorney’s office has dismissed traffic charges for 500 people so that they can get their driver’s license back.
“Dismissing these cases is the right thing to do and that’s what our office is here for,” said Assistant District Attorney Josephine Davis.
She is working with the city to make it happen. According to the DMV, more than 1 million people in the state currently have their licenses revoked. A research study showed people who couldn’t drive in the county, found it harder to get to work.
“If we really want everyone in our community to be able to flourish — if we want individuals who have made mistakes in the past to be able to get back on the right path to be able to sustain themselves and support their families — having a driver’s license is one important is it that,” said Ryan Smith, the Innovation Team Project Manager for the City of Durham.
The DMV says more than 46,000 people in the county have their licenses revoked or suspended for either missing court or not paying fines.
“Is losing your license forever for failing to pay a speeding ticket too strict,” Smith asked. “I think it is.”
In the pilot phase of the program, 2,500 charges were dismissed for the people eligible. Those people have had their licenses revoked for at least a year and a half. Certain charges such as DWI’s and speeding a school zone will disqualify you from the program.
After applying, the DA’s office looks at your income and whether you’re able to pay your fines.
“Some of them have $500 fines, $1000 fines and so the question is, how can we help that group of the community,” said Davis. “Those are people that are poor, people of color people, who normally can’t afford it.”
Davis says this is a way to hold people accountable, as well as give them a clean slate.
“People have been punished because their licenses have been revoked,” she said. “There is no need for us to continue to punish people financially, having them come to court, they’ve already taken responsibility because they don’t have their driver’s license. We want to put people in a position to do the right things to drive legally.”
You can apply by simply texting your name and birth date to the designated number. Right now, the program is not accepting applications until it relaunches in the fall.
Leaders are scheduling meetings to get Wake and Orange counties involved in this program as well.