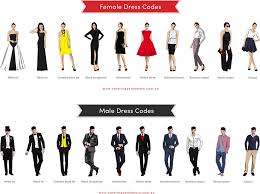 I have been telling my clients this for years.  Below is a great review on what to wear to court and how it affect sentencing.

Does what a defendant wears to court impact his or her sentence?

We’ve written about dress and appearance a lot on this blog. Jeff wrote here about defendants wearing eyeglasses and dress clothes and covering up tattoos in front of a jury, and here about a judge’s authority to set rules about what people can wear to court. He talked about juror attire here. Shea tackled dress standards for lawyers—particularly women—here.

I’m not exactly breaking any news to say that appearances matter in the criminal justice system. For defendants. For lawyers. For probation officers (who have considered transitioning from business attire to a uniform, by the way). For everyone—just as in all walks of life, I suppose.

As for defendants, the due process and statutory rules about clothing at trial mostly relate to wearing jail or prison garb, and they’re focused on protecting the defendant’s right to a fair trial before a jury. See Estelle v. Williams, 425 U.S. 501, 504–05 (1976) (“Courts have, with few exceptions, determined that an accused should not be compelled to go to trial in prison or jail clothing because of the possible impairment of the presumption so basic to the adversary system. . . . Similarly troubling is the fact that compelling the accused to stand trial in jail garb operates usually against only those who cannot post bail prior to trial.”); G.S. 15-176 (“It shall be unlawful for any sheriff, jailer or other officer to require any person imprisoned in jail to appear in any court for trial [in superior court] dressed in the uniform or dress of a prisoner or convict, or in any uniform or apparel other than ordinary civilian’s dress.”).

But the issue surely goes beyond the jury. Defendants’ dress and appearance before the judge at sentencing is something we talk about every year in our annual sentencing seminar at the School of Government (the one created and led by Jim Drennan for over 20 years). And every year, court officials acknowledge the ways defendants’ attire can affect their thinking—for better or for worse. Some of their reactions are straightforward, but some are really subtle. We talk about separating our pet peeves and preferences (some of which might stem from socioeconomic, generational, or cultural differences) from issues that convey information truly relevant to the purposes of sentencing.

Some general rules of thumb emerge. If the court has posted rules about attire, and the defendant doesn’t follow them, that’s bad. (I was just at a courthouse yesterday, and the most prominent signs on the courtroom door were those requiring shirts to be tucked in.) There is the occasional anecdote about a defendant wearing a t-shirt with a marijuana leaf to his drug crime sentencing. Those choices can be received as a signal that the defendant isn’t taking the proceedings seriously. And that can lead to a harsher sentence, to “get the defendant’s attention.” Some will say things like “dress like you’re going to church,” but most are very welcoming of defendants dressed like they’re going to work—whether it’s a business suit, medical scrubs, or a mechanic’s uniform. I’d be interested to hear any practical advice our readers have to offer.