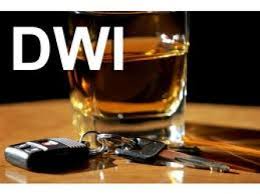 Great post on the necessity of DWI.  Thank you to Shea Denning of NCSOG.

After a bad break-up, Dan drives to a local bar, where he begins drinking. He hasn’t planned in advance how he is going to get home. If he drinks too much to drive, he thinks, he will summon a ride on his smartphone. Dan is on his seventh drink in two hours when a man storms through the front door of the bar, waving an assault rifle and threatening to shoot up the place. Dan bolts for the nearest exit, jumps in his car, and drives away. Less than a half-mile away from the bar, Dan runs through a red light and is stopped by a law enforcement officer. Dan is subsequently charged with driving while impaired. At trial, he asks the judge to instruct the jury on the defense of necessity. Is Dan entitled to that instruction?

Yes, Dan is entitled to an instruction on the defense of necessity.

This defense, like other common law affirmative defense, such as duress and entrapment, is available in a prosecution for driving while impaired. State v. Hudgins, 167 N.C. App. 705, 709 (2005). The rationale for the necessity defense is that “‘the law ought to promote the achievement of higher values at the expense of lesser values, and [that] sometimes the greater good for society will be accomplished by violating the literal language of the criminal law.’” State v. Thomas, 103 N.C. App. 264, 265 (1991) (quoting W. LaFave & A. Scott, Handbook on Criminal Law § 50, at 382 (1972)). Thus, “‘[i]f the harm that results from compliance with the law is greater than the harm that will result from a violation, then the person is justified in violating the law.’” Id. (quoting LaFave & Scott, supra, at 381).

The defense of necessity excuses a person from criminal liability if he or she acts under circumstances to protect life or limb or health in a reasonable manner and with no other acceptable choices. It is restricted to situations in which a person acted to save himself or another person from peril or to relieve severe suffering and does not apply to actions taken merely to prevent possible damage to property. Hudgins, 167 N.C. App. at 710. The defense does not apply to actions taken to protect animals. See Brooks v. State, 122 So.3d 418 (Dist. Ct. App. Fla. 2013) (determining that necessity defense did not apply to driving of a seriously ill cat, who died during or shortly after the vehicle stop, to the veterinarian).

To support a defense of necessity, the evidence, construed in the light most favorable to the defendant, must permit the jury to reasonably infer that the defendant (1) took reasonable action, (2) to protect the life, limb or health of a person, and (3) no other acceptable choice was available.

If the evidence supports such a determination and the defendant requests an instruction on the defense of necessity, the trial court must so instruct the jury.

In Dan’s case, it was reasonable to flee the premises where a man was waving an assault rifle, which he was threatening to shoot. Dan took these actions to prevent himself from being shot. He had no time to summon another form of transportation, and running might not have removed him from the gunman’s range of fire.

A recent case. Yesterday, the court of appeals in State v. Miller, __ N.C. App. ___ (March 6, 2018), reaffirmed the applicability of the defense of necessity to charges of impaired driving and determined that the trial court erred by failing to instruct the jury on the defense.

The facts. In Miller, the defendant and his wife rode their golf cart over dirt pathways to a biker bar near their home in Apex. Miller’s wife planned to drive home since she expected her husband to drink more than she did at the bar. After spending two and a half hours at the bar, and drinking several drinks (Miller’s wife said she drank more than four but fewer than seven drinks), they decided to leave. In the parking lot, Miller (who had the keys to the golf cart) argued with several men, and punched the “baddest motherf_cker in the bar,” knocking him to the ground. The man (we’ll call him Leroy) got up from the ground, pulled a gun from his waistband and raised it in the air. At this point, the defendant hurriedly got into the golf cart with his wife and took the fastest route out of the parking lot. This involved driving on Old Highway U.S. 1. Almost as soon as the defendant turned onto the highway, a law enforcement officer drove past. He saw that the golf cart was straddling the center line and had no headlights. The officer stopped Miller’s golf cart and ultimately charged Miller with impaired driving.

The request. At his trial in superior court, Miller requested that the court instruct the jury on “necessity and duress.” Perhaps because there is no pattern jury instruction for necessity, Miller asked the court to give the pattern instruction on compulsion, duress or coercion. The court, which conflated the analysis of duress and necessity, rejected Miller’s request on the basis that there was no evidence that he was in actual fear when he drove the golf cart on the highway. Miller was convicted and appealed.

Appellate court’s analysis.  After affirming the defense of necessity applies to charges of impaired driving, the court of appeals clarified that necessity and duress are not the same defense.

To successfully invoke the duress defense, a defendant must show that his actions were caused by a reasonable fear that he would suffer immediate death or serious bodily injury if he did not so act. Accordingly, a duress defense generally is used to justify a defendant’s actions based on intentional threats from a third party that are designed to coerce the defendant to carry out a crime.

Necessity, in contrast, excuses actions that are based on a defendant’s reasonable response to some event or occurrence that threatens a person’s life or health. Fear is not an element of the defense of necessity.

Viewing the evidence in the light most favorable to Miller, the court of appeals held that the jury could reasonably have determined that Leroy’s display of a handgun immediately after being knocked to the ground by Miller presented an immediate threat of death or serious bodily injury to Miller, his wife, or a bystander. As a result, the jury could reasonably have concluded that Miller’s attempt to escape from that danger by driving the golf cart for a brief period on the highway was a reasonable action taken to protect life, limb or health. There also was, in the court’s view, sufficient evidence from which the jury could have found that Miller had no other acceptable choice to avoid the danger. The route to the dirt paths was blocked. Miller’s wife could not drive as she was panicking and was apparently also impaired by alcohol. Running was not an option since Miller’s wife “was not a runner” as she had “‘broken [her] leg area’” at some time in the past.

Is it necessary if you were going to do it anyway? As I read Miller, I wondered whether the case would have come out the same way if the couple had driven out of the parking lot in their car. Probably not, I thought, since then there would be no question that they were going to commit the offense of impaired driving regardless of whether a fight had broken out in the parking lot and a gun was brandished. But aren’t those essentially the facts anyway?

That inevitability distinguishes Miller in my mind from the facts set out at the beginning of the post and from the kind of facts that previously have supported a necessity defense in impaired driving cases. My concerns were not, however, shared by the court of appeals, which granted Miller a new trial.