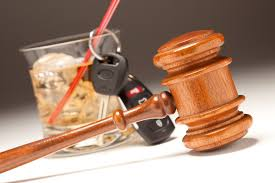 New legislation on Habitual DWI and comments from Shea Denning at the NC SOG.
GENERAL ASSEMBLY OF NORTH CAROLINA
SESSION 2017

PART VII. EFFECTIVE DATE
SECTION 7.  Except as otherwise provided, this act is effective when it becomes law.
In the General Assembly read three times and ratified this the 30th day of June, 2017.
Legislation enacted by the General Assembly this session again makes it possible for persons convicted of habitual impaired driving to (eventually) have their driving privileges restored.
S.L. 2017-176 (S 384) removed the sunset clause in the 2009 legislative act that created G.S. 20-19(e4), putting that statutory provision, which expired in December 1, 2016, back on the books.  Effective July 21, 2017, a person whose driver’s license is permanently revoked for a conviction of habitual impaired driving may have his or her driver’s license restored upon satisfying the following conditions:

The person seeking to have his or her driver’s license restored must provide the DMV hearing officer before whom he or she appears with satisfactory proof that these conditions are satisfied.
The restoration of a person’s driver’s license pursuant to G.S. 20-19(e4) is conditioned upon the person only driving a vehicle equipped with ignition interlock and not driving with any measurable alcohol concentration. G.S. 20-17.8(b). These conditions remain in effect for seven years from the date of restoration. G.S. 20-17.8©(3).
Since the habitual DWI restoration provision was first enacted in 2009, 216 people have had their driver’s licenses restored. There are around 300 convictions for habitual impaired driving each year. Depending upon the numbers of people in this population who are able to satisfy the restoration criteria, restoration applications for such drivers could number in the hundreds each year.
If the legislative history is a guide, the pilot legislation enacted in 2009 to restore licenses to this population has been successful.  The first iteration of the restoration provision was set to expire in 2014.  It was then extended to 2016.  And now it is back on the books with no sunset date.
Categories:
Related Posts
/