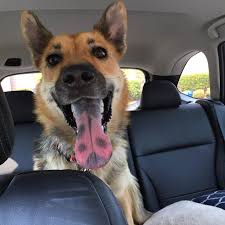 Great new summary of new case law on Search of Vehicles after Stop and when the stop ends.  Thanks to Shea Denning from the NC SOG.


The court of appeals decided another significant Rodriguez case yesterday, ruling (again) in State v. Reed that the highway patrol trooper who stopped the defendant for speeding on Interstate 95 detained the defendant for longer than necessary to carry out the mission of the stop without reasonable suspicion of other criminal activity.


The friendly pit bull case. When Trooper Lamm of the State Highway Patrol approached the car David Reed was driving, he saw energy drinks, trash, air fresheners, and dog food scattered on the floor of the vehicle. Reed’s fiancée, Usha Peart, was sitting in the front passenger seat and held a female pit bull in her lap. She told Trooper Lamm the dog was friendly, and he petted the dog. Meanwhile, Reed retrieved his New York driver’s license along with the registration and rental agreement for the vehicle.

Please exit the vehicle. Trooper Lamm told Reed to get out of the car and to come sit in the patrol car. When Reed got out of the car, the trooper frisked him and found a pocket knife.

Reed sat in the front seat of the patrol car. Trooper Lamm’s K-9 was in the back seat. Reed initially sat with the door open and one leg outside of the car. Lamm told him to close the door. Reed said he was scared to do so. Lamm said: “‘Shut the door.  I’m not asking you, I’m telling you to shut the door. I mean you’re not trapped, the door [is] unlocked. Last time I checked we were the good guys.’” (Slip op. at 4.) Reed responded, “‘I’m not saying you’re not,’” to which Lamm replied, “‘You don’t know me, don’t judge me.’”

Where are you headed? Trooper Lamm questioned Reed while he checked his record. Reed admitted that he had previously been arrested for robbery; he said he was in North Carolina to visit family in Fayetteville. When Lamm noticed that the rental agreement listed a different car than the one Reed was driving, he got out of the patrol car to ask Peart for the correct agreement. He told Reed to “‘sit tight.’” (Slip op. at 5.) Peart explained that the rental agreement listed a different car because the original vehicle had been struck and they were driving a replacement vehicle. The trooper called the rental company, which confirmed this information. Peart, like Reed, said the two were traveling to Fayetteville to visit family.

Mind if I ask a few questions? While Reed was still sitting in the front of the patrol car, Trooper Lamm returned his paperwork and driver’s license and issued a warning ticket for speeding. Lamm said he was “‘completely done with the traffic stop,’” but wanted to ask Reed additional questions. Lamm said Reed nodded his head in response. By this time, another trooper had arrived on the scene and had parked his vehicle, with the blue lights activated, behind Lamm’s. This trooper stood outside the passenger door of the patrol car where Reed was sitting.

Sit tight. Lamm asked Reed for permission to search the car. Reed said he should ask Peart and added:  “‘I’m just saying, I’ve got to go to the bathroom, I want to smoke a cigarette, we’re real close to getting to the hotel so that we can see our family, like, I don’t, I don’t see a reason why.’” Lamm told Reed to “‘sit tight,’” and went back to the rental car. By this time, a third trooper was on the scene.

Peart initially said Lamm could not search the car, but subsequently acquiesced to his repeated requests. Lamm found cocaine under the back passenger seat.

Procedural history. Reed was charged with trafficking cocaine. He moved to suppress the evidence discovered in the search of the rental car. The trial court denied the motion. Reed pled guilty, preserving his right to appeal the denial of his motion to suppress, and was sentenced to 70 to 93 months imprisonment. Reed appealed.

The court of appeals in State v. Reed, __ N.C. App. __, 791 S.E.2d 486 (2016), reversed, holding that the trial court’s findings did not support its conclusion that Trooper Lamm had reasonable suspicion of criminal activity to extend the traffic stop and conduct a search after it concluded. The State petitioned for a writ of supersedeas, which the state supreme court granted. The North Carolina Supreme Court subsequently vacated the court of appeals’ opinion and remanded the case for reconsideration in light of State v. Bullock, __ N.C. __, 805 S.E.2d 671 (2017) (discussed here). State v. Reed, ___ N.C. ___, 805 S.E.2d 670 (2017).

Legal backdrop. The United States Supreme Court held in Rodriguez v. United States, __ U.S. __, 135 S.Ct. 1609 (2015), that a traffic stop becomes unlawful if it is prolonged beyond the time reasonably required to accomplish its mission. Specifically, Rodriguez held that a traffic stop may not be extended for even a de minimis period to carry out activities, such as a dog sniff, that are unrelated to the mission of the stop, unless that delay is supported by reasonable suspicion to believe that criminal activity is afoot.

The North Carolina Supreme Court in Bullock, ___ N.C. ___, 805 S.E.2d. 671 (2017), considered whether a traffic stop in which the officer ordered the driver to get out of his vehicle and into the patrol car, frisked him, and ran record checks while the defendant was seated in the patrol car, was lawful. The court determined that none of these activities unlawfully prolonged the stop and that, by the time the database checks were complete, the officer had developed reasonable suspicion to prolong the stop so that a dog sniff could be performed. The defendant’s nervous behavior, contradictory and illogical statements, possession of large amounts of cash and multiple cell phones, and his driving of a rental car registered to another person provided reasonable suspicion of criminal activity.

Analysis. The court in Reed determined that Bullock resolved several issues in the case. Under Bullock, Trooper Lamm’s actions of requiring Reed to get out of his car, frisking Reed, and making Reed sit in the patrol car while Lamm checked his record and questioned him did not unlawfully extend the stop. Nevertheless, the court said the case was distinguishable from Bullock because after Trooper Lamm returned Reed’s paperwork and issued the warning ticket, Reed “‘remained unlawfully seized in the patrol car.’” (Slip op. at 10.)

The court explained that while the return of a person’s driver’s license and other paperwork normally marks the end of a traffic stop and the commencement of a consensual encounter, a reasonable person in Reed’s position when the paperwork was returned would not have believed that he was free to terminate the encounter. Reed remained seated in the patrol car. Trooper Lamm continued to question him. When Lamm left the patrol car to ask Peart for consent to search the rental car, he told Reed to “‘sit tight.’” (Slip op. at 10.) In addition, another trooper stood directly outside the car door where Reed was seated. Lamm himself admitted that Reed was not free to leave. This continued detention was not, in the court’s view, consensual nor was it supported by reasonable suspicion that criminal activity was afoot.  Instead, the facts known to the officer, which included Reed’s nervous appearance, the dog, the dog food, and the detritus in the car were, the court said, “legal activity consistent with lawful travel.”

Thus, the court concluded that, even after considering Bullock, the trial court erred in denying the defendant’s motion to suppress.

The dissent. Judge Dillon, who dissented from the first court of appeals decision in Reed, likewise dissented from yesterday’s opinion. Dillon reasoned that Reed consent to the search of the vehicle after the traffic stop concluded and that, even if one assumed he had not, Trooper Lamm had reasonable suspicion of separate, independent criminal activity to support the extension of the stop.

Stay tuned. The dissent provides the State with an appeal of right to the state supreme court. If the State exercises that option, Reed will continue to serve the sentence for which he has been imprisoned since July 2015 and the North Carolina Supreme Court will again be called upon to further define the parameters of Rodriguez as applied to North Carolina traffic stops. If that happens, we’ll be sure to write all about it. Next time, though, I can skip the facts and just remind you that this is the friendly pit bull case.