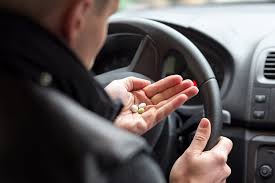 Ask someone to identify an emerging area of interest related to motor vehicle law and chances are the person will mention drugged driving. Indeed, the U.S. Office of National Drug Control Policy in 2010 set a goal of reducing the prevalence of drug-impaired driving by 10 percent by 2015. People who work in the field frequently cite anecdotal evidence supporting the notion that driving while impaired by drugs is becoming more common. And they usually cite anecdotal evidence in support. Are they right? Are more people these days driving while impaired by drugs?

I thought the National Highway Traffic Safety Administration (NHTSA) might have an answer. Turns out NHTSA released a report earlier this year estimating the prevalence of alcohol and drug use by drivers and how that prevalence has changed over time. The report was based on data collected from a national roadside survey (NRS) conducted between June 2013 and March 2014. That data was compared to information collected in a 2007 NRS.

Before I reveal the results, I want to say a bit about how the researchers got them.

Researchers collected data from more than 11,000 drivers at five locations in 60 sites across the United States (four of them in North Carolina) in one two-hour Friday daytime session and four two-hour nighttime sessions.

Here is how the survey worked: Randomly-selected drivers were guided off the roadway into the research location, which usually was an empty parking lot. Research bays were demarcated by traffic cones, and each driver was directed to drive in to a specific bay. A data collector explained to the driver the purpose of the study, told the driver that that it was voluntary and anonymous, and asked for consent to continue. Drivers were offered financial incentives for completing additional parts of the survey. A driver who declined to participate was asked to provide an anonymous breath sample before the driver left the location. Drivers who were not willing to do that drove on. Nearly 80 percent of drivers participated in the survey.

For participating drivers, the data collector first obtained a passive alcohol sensor (PAS) reading. A PAS can detect alcohol in expired air around a person’s face and provides a rough indication of a person’s breath alcohol concentration.

Data collectors then questioned drivers about their general drinking behavior, driving patterns, and their driving on that particular day or evening. They then asked the drivers to provide a breath sample on a portable breath testing device, which masked the result so neither the drivers nor the data collectors saw it.

The data collector then asked the driver for a saliva sample, which was obtained by placing a collection swab in the driver’s mouth for three to five minutes. While the swab was in the person’s mouth, the person was asked to complete a written survey about his or her use of alcohol and drugs.

The data collector then asked the driver for a blood sample. Forty-two percent of the drivers agreed to provide such a sample, which was then withdrawn by a phlebotomist. (Drivers received $50 for providing the blood sample.)

At the end of the study, the driver was guided back onto the roadway. If the data collector suspected that a driver may have been drinking or was otherwise impaired, a supervisor obtained a breath alcohol reading using an unmasked portable breath testing device. If the driver’s breath alcohol concentration was at or above .05, the research team ensured he or she got home safely at no charge. No driver was arrested as a result of his or her participation in the survey.

Saliva and blood samples collected from the drivers were analyzed for drugs that have the potential to impair driving, including over-the-counter, prescription, and illegal drugs. Among the drugs included were marijuana, cocaine, amphetamines, opiates, and phencyclidine. Samples that screened positive were then subjected to confirmatory testing using gas chromatography-mass spectrometry or liquid chromatography-mass spectrometry technology.

The authors of the NHTSA report note that the presence of drugs does not equate to drug impairment. They explain that the study’s purpose was to estimate drug prevalence, not to determine whether drugs affect driving performance or have an impact on crash risk. In fact, the authors noted, some prescribed medications may actually improve the driving of certain individuals. Questions about impairment and crash risk must be determined (and, the authors note, are currently being examined) in other studies.

A 2016 NHTSA-sponsored Drug and Alcohol Crash Risk Study examined the risks associated with drug- and alcohol-positive driving. The study used data from crash-involved and non-crash-involved drivers over a 20-month period in Virginia Beach, Virginia. The study confirmed previous research indicating alcohol is a greater contributor to crash risk than drugs. And when age, gender, race/ethnicity, and alcohol consumption were accounted for, the researchers found no significant contribution of drugs to crash risk.

A July 2017 NHTSA report to the U.S. Congress on marijuana-impaired driving noted that while “ethyl alcohol is a relatively simple drug whose absorption, distribution, and elimination from the body along with the behavioral and cognitive effects are fairly well documented,” the “absorption, distribution and elimination from the body of marijuana (and many other drugs), along with the behavioral and cognitive effects is very different.” In addition, the report stated that less is known about the impairing effects of marijuana use than alcohol consumption on driving-related skills. There have been fewer studies of marijuana’s effects on driving, and research methods have not been consistent. The studies that exist consistently determine that the level of THC in the blood and the degree of a person’s impairment do not appear to be closely related.

The NHTSA report based on the 2013-14 NRS does not definitively establish that drug-impaired driving is more prevalent today than in the past. It does, however, show that a substantial and growing percentage of drivers have detectable quantities of drugs in their systems.

Many policy makers are not waiting for definitive research results on the incidence of drug-impaired driving to combat its dangers. In August 2013, the Office of National Drug Control Policy (ONDCP) partnered with NHTSA to develop the online Advanced Roadside Impaired Driving Enforcement (ARIDE) program, a program designed to improve a law enforcement officer’s ability to identify drugged drivers on the road. And several states have adopted statutes that prohibit driving with any drug or metabolite or a specified concentration of drug or metabolite in his or her body.

North Carolina’s general impaired driving statute, G.S. 20-138.1 prohibits a person from driving a vehicle on a street, highway or public vehicular area (a) while under the influence of an impairing substance; or (2) after having consumed sufficient alcohol that he has, at any relevant time after the driving, an alcohol concentration of 0.08 or more; or (3) with any amount of a Schedule I controlled substance, as listed in G.S. 90-89, or its metabolites in his blood or urine. In addition, G.S. 20-138.3 prohibits a person under 21 from driving a motor vehicle on a highway or public vehicular area while he has remaining in his body any alcohol or controlled substance previously consumed.

A bill introduced last April (H 766) would have amended the state’s DWI laws to prohibit a person from driving with the following additional controlled substances or their metabolites in his or her blood or urine: cocaine, phencyclidine, methamphetamine, or ketamine. The bill also would have prohibited driving with certain THC levels. The bill was referred to the Committee on Judiciary I, and did not reemerge for further consideration.
Categories:
Related Posts
/